Lynn, a top secondary school student living with her father, is accepted into a prestigious school, earning a scholarship for her academic achievements. There, she is befriended by the good-natured but academically challenged Grace. Lynn begins to help Grace cheat in exams after finding out that their teacher has been leaking questions in private tutoring sessions. She is then approached by Grace’s rich boyfriend Pat, who offers payment in exchange for also helping him and his friends. Although at first reluctant, Lynn agrees when she finds out that the school, despite her scholarship, collected extra fees from her father, who earns a modest income as a teacher. She devises a system of hand signals, based on certain piano pieces, and uses them to send answers during exams. Her base of clients eventually grows. However, her cheating is inadvertently revealed by Bank, another top student. She is reprimanded by her father, and also by the school, which suspends her scholarship and revokes her chance to apply for an international scholarship at university level.

Lynn returns to cheating when Pat and Grace ask her to help them with the STIC—an international standardised test for university admissions—a scheme which will earn them millions of baht. However, Lynn tells them that she can only do it with the help of Bank, who would never consider such dishonesty. Later, though, Bank, who is from a poor family and is staking his future on the same university scholarship, is attacked by thugs in the street and misses the scholarship exam. Lynn then approaches him with the offer and Bank reluctantly agrees. Together, they make preparations for the final operation. Lynn and Bank will fly to Australia in order to get a head start on the exams—which are held globally on the same day—and send back answers for Pat and Grace to distribute to their clients. However, on the eve of their flight, Pat lets slip that it was he who ordered the thugs to beat up Bank, in order to force him to join their scheme. Enraged, Bank attacks Pat and leaves. Lynn, shocked at the revelation, begins reconsidering her actions. However, Bank returns to confront Lynn and tells her to finish what she started.

In Sydney, Lynn and Bank complete the first sections of the test according to plan, but Bank is overcome by anxiety and gets caught. Lynn struggles to memorise the final section herself, but finally pulls through. She is pursued by the test administrator after feigning illness and leaving the test centre early, but is released when Bank denies knowing her. Returning home, Lynn finds that their scheme was a great success, but, broken by the experience, turns her back on her co-conspirators and rejects her share of the money. Some time later, she is approached by Bank, who has invested his share in revamping his mother’s laundry business. Bank invites Lynn to start another scheme, this time with a much wider client base—those taking the national GAT/PAT university entrance exams. When she turns him down, Bank threatens to expose the whole affair and that she was the mastermind behind the scheme. Lynn then tells him that she has made her choice, deciding to come clean, tearfully confessing to her father, who comforts her and helps her redeem herself by submitting a formal confession to the STIC organisation. 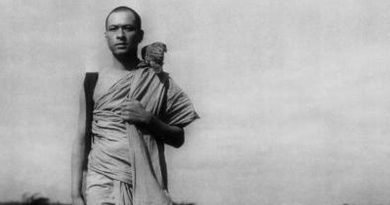