Ten years after the death of John Kramer, criminal Edgar Munsen is shot and apprehended by Detectives Hunt and Halloran after activating a remote trigger. Meanwhile, five people – Mitch, Anna, Ryan, Carly, and an unconscious man – are held captive in a barn with chains around their necks. A tape recording from John Kramer explains they must give a sacrifice of blood and confess their sins. The chains pull them towards a wall of buzzsaws. Most of the group survive by cutting themselves to offer blood, but the unconscious man awakens too late to escape.

Their next test reveals that Carly is a purse snatcher, who accidentally caused the death of an asthmatic woman. To save the others from being hanged, she must inject herself with one of three needles – one containing an antidote to a poison in her system, one containing saline, and one containing acid. She refuses, so Ryan stabs her with all three to save himself, killing her.

Halloran and Detective Hunt investigate the discovery of bodies that appear to be the unconscious man and Carly. Halloran becomes suspicious of pathologists Logan Nelson, who is a veteran and former doctor whose wife was killed two years prior, and Eleanor Bonneville. Later, Munsen goes missing from the hospital. His body is found inside John’s grave when it is exhumed by the police.

Ryan attempts to escape through a door with the words “No Exit” on it, but his leg crashes through loose floorboards, and is ensnared by wires. A tape recorder found next to his leg reveal that he is being punished for breaking the rules and that he must pull a lever to sever his leg and be “set free”. Exploring the room, Anna and Mitch walk inside a silo and are trapped inside. A recording reveals they will be killed unless Ryan pulls the lever. Ryan pulls the lever, severing his leg, while saving Anna and Mitch.

Eleanor reveals to Logan that she is a fangirl of the Jigsaw case, and has built replicas of many of his traps in her studio. She is worried this might incriminate her. Hunt follows them and informs Halloran.

The next test reveals Mitch sold a motorcycle with a faulty brake to John’s nephew, resulting in his death. Mitch will be killed by a spiral-shaped blade unless he can reach a brake. Anna attempts to help him, but he is killed. Halloran finds a corpse appearing to be Mitch in Eleanor’s studio and calls for Logan and Eleanor’s arrest.

Logan convinces Hunt to let them go, as both suspect Halloran. Eleanor deduces the game’s location and she and Logan depart for the barn. Halloran pursues them. Meanwhile, Hunt finds pieces of flesh in Halloran’s freezer, fitting Jigsaw’s M.O. and implicating Halloran as the killer.

Anna is drugged while attempting to escape, and awakens to find herself and Ryan chained in a room with a still-living John Kramer. John reveals that Anna suffocated her baby and framed her husband while Ryan caused the death of several friends in a car accident. John tells them they have gotten his message backwards. He places a shotgun between them and tells them it is the key to their survival. Anna attempts to shoot Ryan, but the gun backfires and kills her. Ryan realizes that the keys to his and Anna’s chains were in the gun and were destroyed when Anna fired it, leaving him to die.

Logan and Eleanor are ambushed by Halloran at the barn. Eleanor escapes, while Halloran is drugged by an unseen assailant. Logan and Halloran awaken in collars rigged with laser cutters. They are told to confess their sins to survive and may choose who goes first. Halloran forces Logan to go first. Logan confesses that he mislabeled John’s x-rays years prior, causing his cancer to go undiagnosed. Despite confessing, Logan is killed. Then, Halloran admits to allowing criminals to walk free for personal gain and his collar deactivates.

Logan reveals that he is still alive and that the barn games occurred ten years prior. He was the man who appeared to die in the first game, but John, having decided Logan shouldn’t die over an honest mistake, saved him and recruited him as his first apprentice. The bodies that were found were actually the bodies of criminals Halloran allowed to walk free, which Logan placed into the same tests that took place at Tuck’s Pig Farm ten years ago. Logan also reveals that Munsen, one of the criminals Halloran let go, killed his wife. However, because Halloran broke the rules and forced Logan to go first, he will die and be framed as the killer. Logan reactivates the collar around Halloran’s neck, killing him. 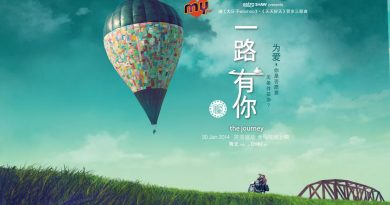 PIRATES OF THE CARIBBEAN