The plot follows Yuda, a Minangkabau from West Sumatra and an expert in silat. As part of the merantau (journeying) tradition, he leaves his home to seek experience and success. He plans to teach silat to the children of Jakarta. On his bus journey, he meets Eric, a fellow exponent of the art. When he hears of Yuda’s plan, Eric somberly warns him that the city is quite different from what Yuda is used to, and it will be difficult to make a living teaching the art. (They attend an audition for bodyguards that Eric has heard about. Eric swiftly and decisively defeats his opponent, winning him the job; he asks Yuda to join him, but Yuda, uncomfortable with the situation, declines. – Indonesian version only)

Yuda finds that the address where he was meant to stay has been torn down, leaving him homeless. His wallet is stolen by a child named Adit; chasing the thief, Yuda then encounters Adit’s sister, Astri, arguing with her boss, Johnny. When Johnny begins abusing Astri, Yuda intervenes, but in retaliation Johnny fires Astri, causing her to vent her frustrations on Yuda. The next day, Yuda sees Astri being beaten by Johnny. He intervenes again, only to be overpowered by his thugs. He quickly recovers and saves Astri from Johnny, in the process brutally scarring Johnny’s boss, Ratger. Ratger’s associate, Luc, tries to calm down Ratger, who vows to stay in the city until he hunts down Astri and Yuda.

Yuda takes Astri and Adit to the construction site where he is staying. Yuda explains why he came to the city and talks about his older brother, who used to always beat him up. Astri explains how her parents abandoned her and Adit a few years ago, and how she has been taking care of them ever since. The next day, Astri and Adit decide to retrieve their savings from their home in an apartment complex. Yuda goes alone to retrieve the money, but is attacked by several of Ratger’s thugs sent to guard the building; he manages to defeat them all.

Meanwhile, Astri and Adit are seen by several thugs and chased through the streets. Astri helps Adit to hide before she is kidnapped by several henchmen. Yuda manages to defeat the attackers as he finds Adit. He promises Adit that he’ll find his sister and tells him to hide as he sets off. Yuda returns to Johnny’s club and dispatches his henchmen, before forcing Johnny to tell him where to find Ratger. Yuda makes his way to an apartment building as Ratger takes Astri upstairs to his room, telling a guard to wait downstairs in case Yuda appears. Yuda enters the elevator and starts to ride upwards only for the elevator to stop and the guard to enter. Yuda realizes the guard is Eric, the man he met on the bus, and Yuda tries to convince him he doesn’t have to fight. Eric is ashamed of what he has become, but doesn’t feel he has any way out, and they brutally fight in the elevator.

Ratger rapes Astri and takes her to the parking garage, leaving two guards to wait for the elevator. Meanwhile, Yuda defeats Eric, but spares him, declaring that they are not the same. The elevator opens and the two guards pull guns; Eric pushes Yuda to safety, before being killed in a hail of bullets. Yuda sees Ratger and Astri in a car as they leave the parking garage and manages to jump onto another car. At a shipping dock, Ratger puts Astri in a storage container with other women. Yuda appears to Ratger and Luc, who decide to test his skills by having their henchmen fight him. Yuda defeats all the thugs before engaging in a brutal two-on-one fight against both Ratger and Luc. Yuda holds his own against the two until Luc and Ratger arm themselves with a crowbar and metal pipe. Yuda eventually slams a container door onto Luc, causing him to impale himself with the crowbar.

Luc’s death throws Ratger into a rage, and he viciously attacks Yuda, pinning him to a shipment container. Yuda gains the upper hand and defeats Ratger, but as with Eric decides not to kill him. Yuda then opens the container, freeing the women. As Yuda and Astri reunite, Ratger attacks from behind, stabbing Yuda in the stomach. Yuda quickly finishes off Ratger before collapsing. After Yuda tells Astri his final wishes, Astri leaves, returning to her brother’s hiding place. Astri and Adit eventually go to the countryside and live with Yuda’s family. The story then ends with Yuda’s mother standing in the doorway of the home watching Adit go to school; her perspective changes as she sees Adit as her son, Yuda. 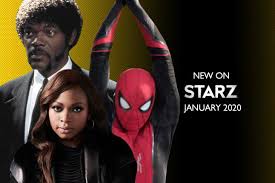